skip to main | skip to sidebar

Path Finding Operations for Trainee Submariners
28/03/2012 13:05:00
Trainee submariners from HMS Raleigh have lent their support to a community project in South East Cornwall.

Units Join Forces to Test Raleigh Recruits
28/03/2012 11:46:00
Trainee sailors from HMS Raleigh have been transported across the river Tamar by the Royal Marines of 539 Squadron to provide disaster relief to the fictional town of Corvon.

【原潜】三年ぶりに出航
Vigilant Era Resumes as Submarine Sails Again
28/03/2012 11:15:00
The most powerful weapon in the Navy’s arsenal, ballistic missile submarine HMS Vigilant, sailed for the first time in more than three years today. The nuclear submarine departed Devonport to begin trials after a £300m revamp which means she is effectively a new boat inside.

【クリケット】
Service Cricket Contest at Home at Lord’s - Cricket
28/03/2012 10:55:00
A Tri-Service tournament will be played out at the world’s most famous cricket ground. The Inter Service Twenty20 (IST20) Tournament will be held at Lord’s Cricket Ground in London on Tuesday June 19. 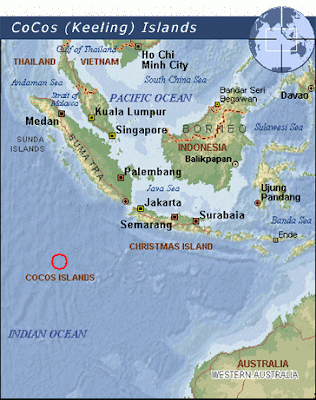 The purpose of the PASSEX was to demonstrate that the assets of the Enterprise Carrier Strike Group could effectively work with the SNMGs in the 6th Fleet area of responsibility (AOR) to accomplish the shared goal of maintaining the safety and security of the region's sea lanes.

The Standing NATO Maritime Groups, of which there are two, are a multinational, integrated maritime force made up of vessels from various allied countries. These vessels are permanently available to NATO to perform different tasks ranging from participating in exercises to actually intervening in operational missions.

These groups provide NATO with a continuous maritime capability for NATO Response Force (NRF) operations, non-NRF operations and other activities in peacetime and in periods of crisis and conflict. They also help to establish Alliance presence, demonstrate solidarity, conduct routine diplomatic visits to different countries, support transformation and provide a variety of maritime military capabilities to ongoing missions.

Enterprise and the rest of the Enterprise Carrier Strike Group are deployed to support maritime security operations and theater security cooperation efforts in the U.S. 5th and 6th Fleet areas of responsibility.
投稿者 山猫 時刻: 16:00 0 件のコメント:

During the two-day exercise, nine ships from multiple navies were provided the opportunity to work together to promote communications, interoperability and partnership for the shared goal of maintaining the safety and security of the region’s sea lanes.

One of the evolutions conducted was a link exercise (LINKEX), which employed the Link-11 and Link-16 tactical data link systems to trade communications, intelligence and other data directly among all the ships in the exercise.

The ships used these systems during an air-defense exercise to increase self defense and create a better situational awareness.

“During the exercise we’re tracking the other NATO ships, merchant vessels in the area and several contacts playing the role of hostiles all at the same time,” said Operations Specialist Seaman Recruit Sarah Fowler, an assistant surface watchstander. “The training was definitely intense because you have to be on point all the time.”

U.S. and NATO Sailors from each ship also had the opportunity to cross-deck to the other ships. Sailors toured spaces and met with their counterparts to get a feel for how Sailors on the other ships live and work.

“The visits allow the Sailors to build a mutual understanding of one another,” said Brawley. “This way the Sailors get a face with the name. When we do an exercise with NATO, we now have a personal relationship to build upon and spread esprit de corps with the rest of the crew around the ship.”

According to Brawley, the exchange was also beneficial to visiting staff, who were able to see first-hand the related procedures and protocol used by the different navies. This better prepares Enterprise officers to be able to provide products NATO units may request.

“The exercise was very beneficial to our watchstanders because it prepares you to work with other nations,” said Operations Specialist 2nd Class Milandy Rodriguez, assistant surface watch officer. “This will help us as we begin our deployment and enter the 5th Fleet area of responsibility.”

Enterprise and the rest of the Enterprise Carrier Strike Group are deployed to support maritime security operations and theater security cooperation efforts in the U.S. 5th and 6th Fleet areas of responsibility.

Training evolutions like PASSEX are important elements of the readiness area of the 21st Century Sailor and Marine initiative which consolidates a set of objectives and policies, new and existing, to maximize Sailor and Marine personal readiness, build resiliency and hone the most combat-effective force in the history of the Department
投稿者 山猫 時刻: 14:16 0 件のコメント:

【英海兵隊】五輪の聖火を運ぶ
Royal Marine Overcomes Adversity to Carry Olympic Torch
27/03/2012 16:50:00
Royal Marine Corporal Ian Ronald has been selected to carry the Olympic torch, after surviving major surgery to remove a brain tumour and his courage and determination on his continuing long road to recovery. Nominated by a mental health nurse for the honour, Ian said “My rehabilitation has consumed my life...

【アン王女】
Princess Anne joins Collingwood sailors for freedom celebrations
27/03/2012 16:01:00
With bayonets fixed as is their right, the men and women of HMS Collingwood parade along Fareham’s West Street to celebrate their freedom of the Hampshire market town. Led by the band of HM Royal Marines Collingwood, hundreds of sailors from the sprawling establishment, home inter alia to the Navy’s warfare...

【ＨＭＳアーガイル】六ヶ月間のペルシャ湾任務から3月30日(金)帰国する
Argyll completes her six-month stint in the Gulf
27/03/2012 15:09:00
HMS Argyll will return to Plymouth on Friday after an 186-day patrol in the Middle East. Some 650 friends and family are expected to greet the frigate which has spent the past six months keeping the sea lanes free and flying the flag for the UK.

老戦闘機は戻る
Fabled Hunter jets make a welcome return to Yeovilton
27/03/2012 13:18:00
Veteran Hawker Hunter jets have returned to RNAS Yeovilton to help train warships to fend off air attack. Three of the one-time fighters – which were based at the Somerset air station for nearly a quarter of a century – are flying from there in a trial run, working with Hawk...

【ＨＭＳドラゴン】
Dragon notches up another first as she conducts a Light Jackstay
27/03/2012 12:23:00
Type 45 destroyer HMS Dragon enters into an impressive tug of war with RFA Orangeleaf

【アフガニスタン】二名の兵士が死亡
Two Servicemen killed in Lashkar Gah
27/03/2012 12:03:00
It is with sadness that the Ministry of Defence must announce the deaths of two British servicemen, one of whom was a Royal Marine, in Afghanistan on Monday March 26 2012.

【ＨＭＳオーシャン】
HMS Ocean Wins Prestigious Trophy for Second Year Running
27/03/2012 10:51:00
Plymouth based warship, HMS Ocean, has been awarded a trophy as the Royal Navy’s most effective large ship for 2011 having also won it in 2010. HMS Ocean has won the 2011 Effectiveness Trophy in two categories ‘Capital Ship’ and ‘Naval Capability’, the latter in conjunction with the Apache Air Group.

Blue Peter’s Helen joins Culdrose rescue fliers on a mission
27/03/2012 09:41:00
Blue Peter’s Helen Skelton spent the weekend with 771 Naval Air Squadron learning what it takes to be a Search and Rescue winchman. After a day learning the basics, the presenter climbed into the back of a red and grey Sea King to help airlift a casualty to safety off the...

【原子力潜水艦】
£350M Nuclear Submarine Upgrade To Secure 2,000 UK Jobs
26/03/2012 14:42:00
The future of 2,000 British jobs will be secured following the signing of a multi-million pound deal to upgrade one of the Royal Navy’s nuclear deterrent submarines, the Defence Secretary will announce today (26 March).